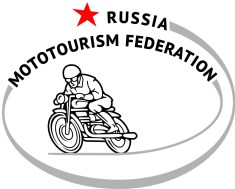 This is the official method of recording your routes for the Russian Register of Mototourists. As head of this organisation I can offer help to foreign motorcyclists with regard application, registrations and other supportive documentation as required.

MFR Mototourism Commission evaluates the route category according to the version of the Route Difficulty Classifier — RDC (1-6 difficulty categories). This gives you the opportunity to formalize a completed motorcycle route in any direction and enter the Russian register of motorcyclists.

To prepare a report, you must fill out the form to which the confirmation material for your route is attached, in the form of photographs, in the amount of at least 10, maximum 20. The collected material is stored in a folder, archived and sent to the email address: motocamp@mail.ru

After reviewing your route by the route qualification committee, it is assigned the appropriate category of difficulty according to the RDC version. The route is entered in the register of routes of Russia, about which you will be notified in writing. The route is published in the public domain for the authorship of the Internet. The mototourist receives his own number of the register of mototourists in Russia.

For the first time, a report being drawn up requires filling out personal data for the register of the MFR Mototourism Commission, to which a 3×4 photograph is attached, in electronic form. The executed documents are sent by mail to the address indicated in the questionnaire or in person. Contact: motocamp@mail.ru

Each participant who has received confirmation of the RDC route traveled and the assigned number in the Russian motorcycling register has the right to purchase commemorative regalia: 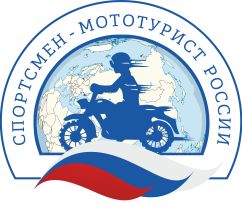 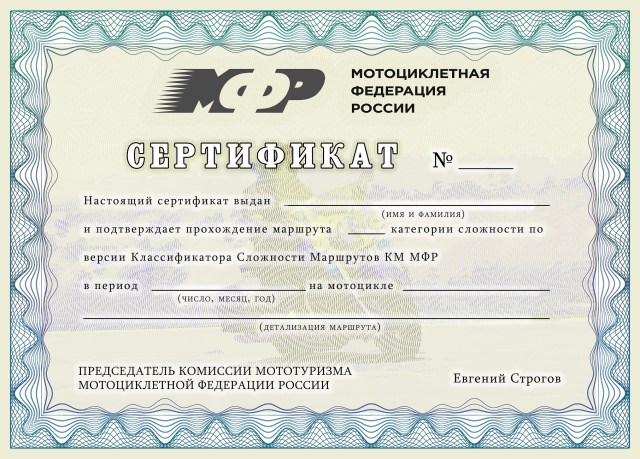 The cost of a set of commemorative regalia is 50 €. Along with the insignia, the mototourist receives a route book, in which his copyright routes are recorded.

Motorcyclists who want to join the Russian community of motorcyclists on a voluntary basis need to pay a membership fee of 15 € per year. A member of the organization is issued a registered licence of an mototourist with his own number of the register of mototourists in Russia. The introduction makes it possible to receive a newsletter about ongoing events, motor rallies and free or preferential participation in events organized by the organization. Along with this, the mototourist gets the opportunity to use the contact base of mototourists in Russia, coordination and support of the entire community. 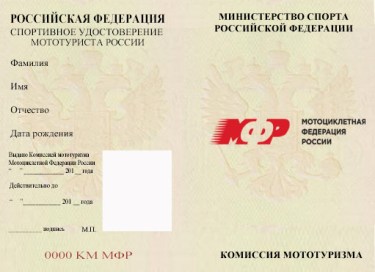 We wish You good luck on Your routes!